But embroidery needed the invention of some very basic tools before that first stitch could be taken and that began a long, long time ago.

With Stitch Safari, I’m trying to chronicle embroidery’s beginnings as well as its relationship with society and culture, broadcasting its inherent narrative across the centuries – and that means trawling through history.  Not an easy process as the scholarship is scattered and highly variable.

But for a well-rounded understanding, that journey had to begin even before the concept of embroidery was thought of, because to accomplish the making of a stitch into a woven fabric, tools were needed, so too fibres as well as the concept of weaving.

This is why I’ve really gone back in time to the Upper Paleolithic period, around 40,000 years ago when innate human creativity blossomed prompting the making of new things at a tremendous rate.  Things like beads, awls and pins – it’s also when they began painting on cave walls.  But of greater interest here, is our ancient ancestor’s invention of two things, string and sewing, which occurred around 20-30,000 years ago, impacting the role of women forever after. 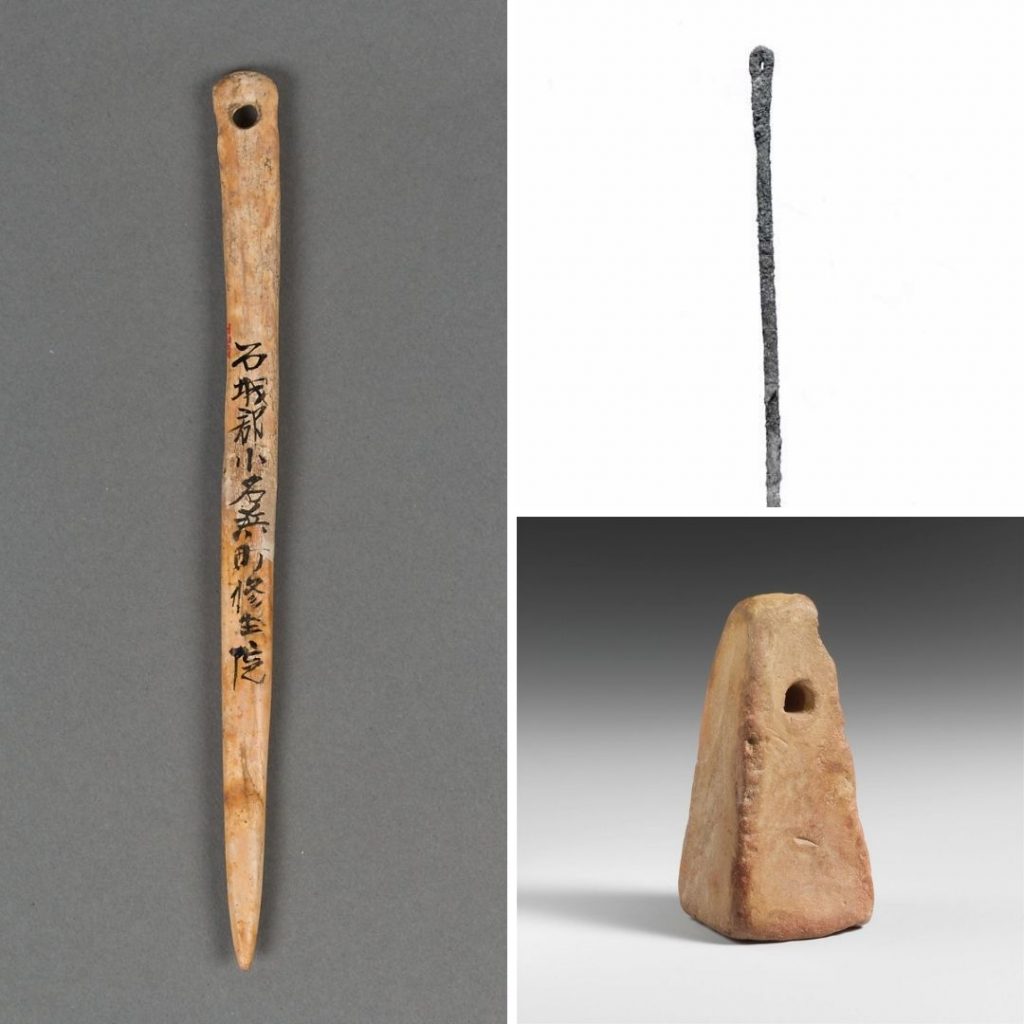 The bone needle on the left is from the Japanese Jōmon period and dates from 1,000-300 BC.  Measuring 14.3 cm enabling the Jōmon people to create a variety of utilitarian objects.  The copper/bronze needle from Iran, top-right, dates from the Iron Age period, ca 9th century BC.  The terracotta loom weight is from the Lydian culture dating from the 6th century BC or later.

This hunter-gatherer society’s priority was survival; food and warmth were crucial.  And it was a simple string, made from twisted fibrous plant material or from stringy body parts – gut, sinew, veins or tendons that provided the means for making cords for baskets and carry bags, to tie or lash, to sew cleaned hides together and to sew string to make very simple garments such as skirts, sometimes adding shells and beads for decoration.  They understood how to ply fibres together – thicker for some purposes and thinner for others.

Now that’s a huge step forward in terms of their survival, leading to human settlement, the domestication of animals for food and crop raising.

String and a needle.  That’s all it took.  Both were portable and purposeful and along with spinning and a simple loom able to produce a woven fabric to construct simple garments, sometimes embellished with beads, shells and embroidery.

Finds of beads stitched decoratively onto hides prove the use of an early form of needle and thread, but just when that translated into a separate decorative application with its own identity is unknown.  Most likely developing as a form of seam reinforcement as garments were extremely precious and time-consuming to make, so they were cared for and eventually embellished.

In the second episode of the Stitch Safari podcast, I continue through the development and history of the early needle along with some of the amazing finds of fibres and embroidery.

This era from the Upper Paleolithic to the Iron Age is the period is one of the most fascinating in terms of innovation in the development of the needle, spinning and weaving, dyeing, the use of pattern and colour, and of course, surface embellishment including embroidery.

And sadly it’s shrouded in poor research as textiles and embroidery were often deemed unimportant in early archeological digs and by museum curators.

Thankfully, this has changed dramatically with the realisation that these surviving finds of fibres. looms and parts of garments help give an overall picture of a society, its people and its customs. 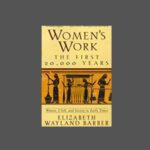 One of the best resources I came across and highly recommend is Elizabeth Wayland Barber’s book Women’s Work, The First 20,000 Years.  A well-researched, super interesting read covering this time period and more.

So do listen.  This is our combined history told through the art of the needle. 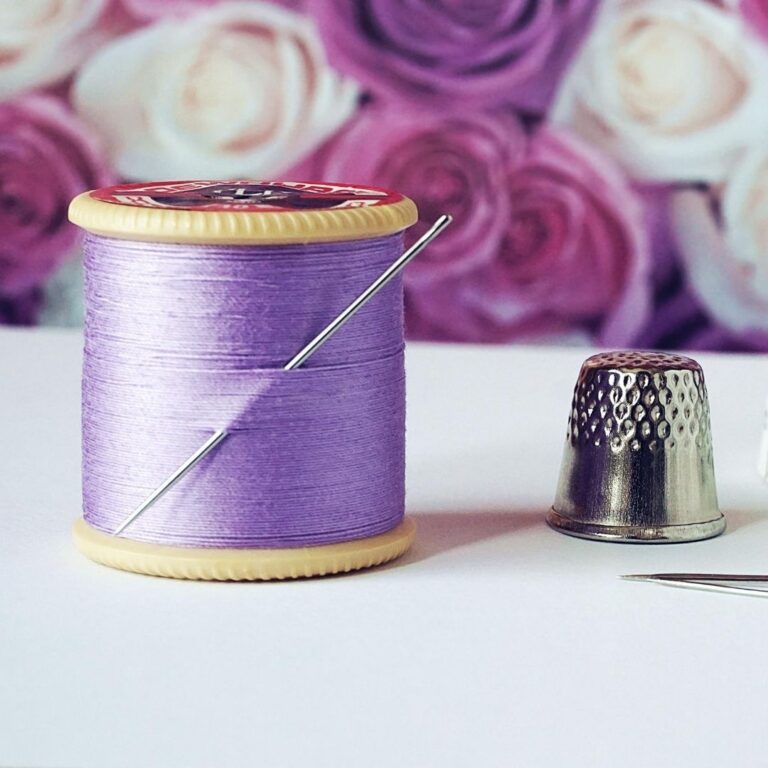 Through The Eye of The Needle

'Every accomplishment starts with the decision to try.'  John F. Kennedy We know prehistoric man gave rise to the development of a simple implement that was truly life-changing and of world-wide significance.  Something small, easily transportable, but a tool that...